The randomized starting order put Chad Hughes and co-driver Aaron Smith 35th off the starting line at the 2016 King of the Hammers (KOH) in the UTV Pro class. “Through the starting miles, coming across the dry lake bed, we couldn’t see a thing,” said Hughes. “Over these first many miles it was really tough to make a pass. But as we raced into the canyons, we started passing other cars.” 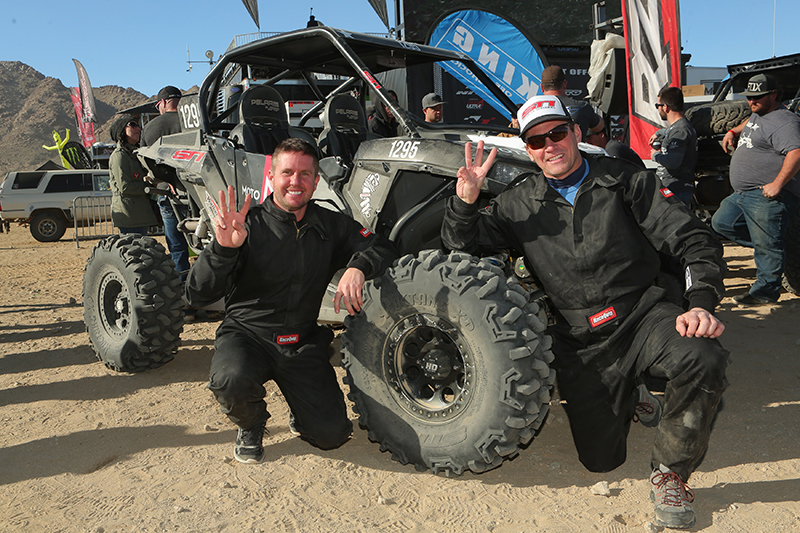 On his mostly stock Polaris RZR XP1000, Hughes ran 32-inch STI Roctane XD tires on 14-inch STI HD Beadlock wheels. “It was just luck of the draw that put us in that late start position,” he said, “but we had a very fast car, and we were able to pass Mitch (Guthrie) and Dean (Bulloch) in the last 10 miles to finish third. The tires and wheels were awesome. People kept coming up and saying ‘Where’s your spare?’ but we didn’t need to carry one. I can trust these Roctane XDs!”

Hughes and Smith, who manage and own Moto United powersports in St. George, Utah, run the #1295 Polaris RZR with as many genuine Polaris parts as possible. They tested a number of tire and wheel combinations prior to this racing season, and settled on STI Tire & Wheel products following this evaluation period.

“As we entered the canyons (early in KOH), we passed Rob Maccachren as he was winching over a rock. Then we caught Erik Miller and passed him after the Jackhammer section,” said Hughes.

“As we came back off the mountains toward the lake bed, we started to see Dean’s dust. Then pretty soon we could smell and taste his dust. Then we were in it,” said Hughes. “Our car was running so well and so fast, I moved over two lanes to make the pass.”

“These Roctane XD tires are awesome. I didn’t need to carry a spare tire, and never used the spares we kept at each pit stop,” he said. “Even in the 32-inch size, the XD’s slide a bit in corners but the big lugs dig deep when I need the traction. This tire and wheel setup I had, plus the shock spring rates, I am going to remember this setup! And after more than 100 miles through this terrain, these tires still look new!”

MotoUnited is an authorized retailer of MTA Distributing, the exclusive distributor of STI Tire & Wheel products. Check out the Moto United store in St. George, Utah, or the one in La Habra, Calif., for off-road parts and expertise. 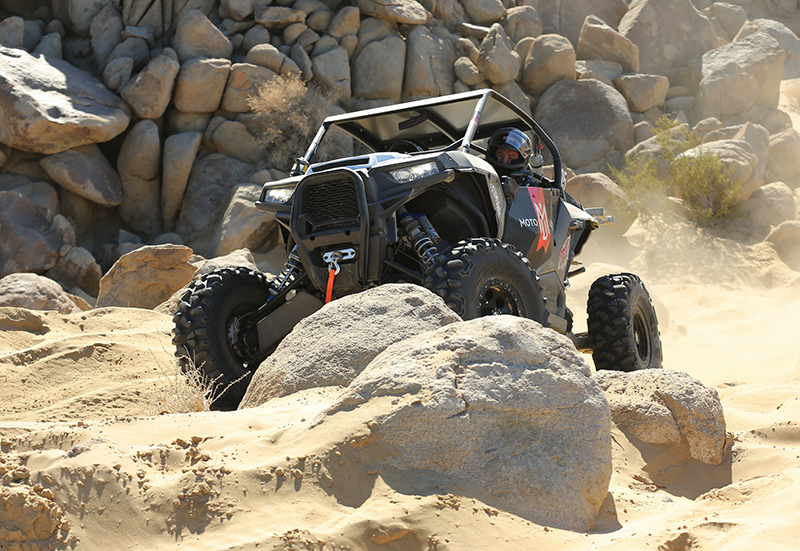